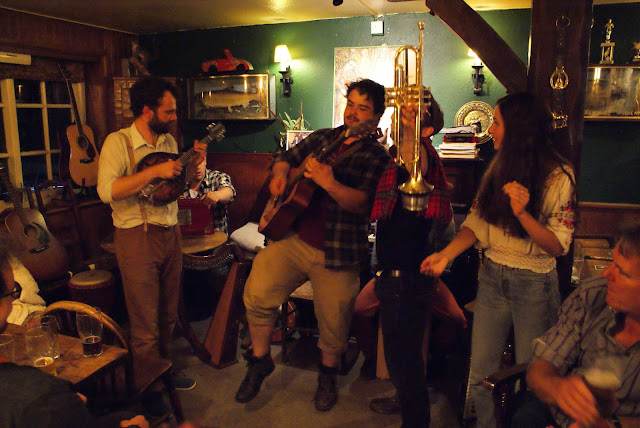 So this is us in the back of The Fauconberg Arms, having a wee jam after our first BABYLON sharing.

Since then we've thought, talked, replayed and rewritten bits.

On Monday we head to Derby Theatre. We were invited by Sarah Brigham to come and be a part of brilliant new DEparture Lounge Festival. We're chuffed to bits. We're performing/sharing on Tuesday night, but we're there for the whole week carrying on developing and honing the show. We've invited lots of local musicians to come and be part of BABYLON with us and the good audience will be called on too. There'll be good food, good drinks and good music with hopefully lots of dancing.

What's even better, is we get to perform it in here... 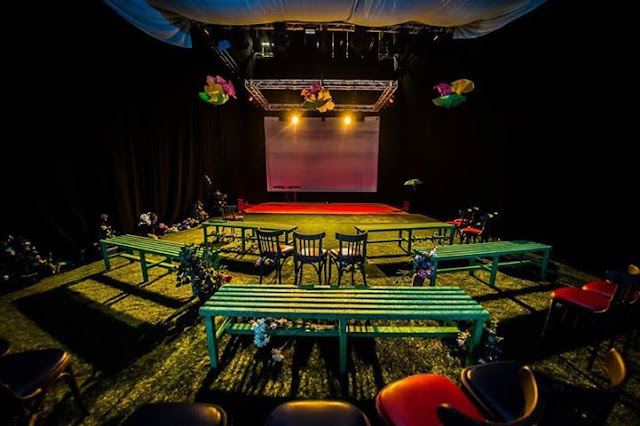 ...because they've only gone and built a bloody garden on their main stage, like theatre champions. So, Tuesday, romping stomping folky revolution with dinner in indoor garden it is. Deal done.

We also get to play gigs for the rest of the week, which is pretty ace as there are some pretty ace companies there who'd we'd like to try and convince to be in our band for the night - someone put in a good word for us with Chris Thorpe, Little Bulb, Maison Foos and Milk Presents will you?

This is turning out to be such a lovely way to create and develop a show - with lots of people involved in the process and lots of different ways of sharing, performing and rehearsing. If you're able, please come and be a part of the conversation with us - we'd love to know what you think and to sing some drinking songs in to the night with you. Both are important. 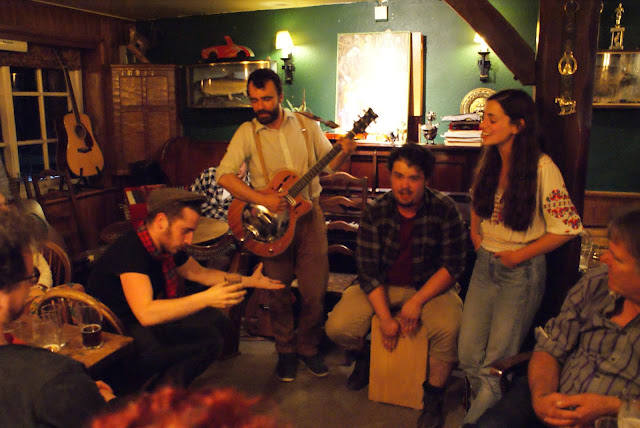 Posted by The Flanagan Collective at 13:53 No comments: