'What a stupid thing to teach children' - Romeo & Juliet 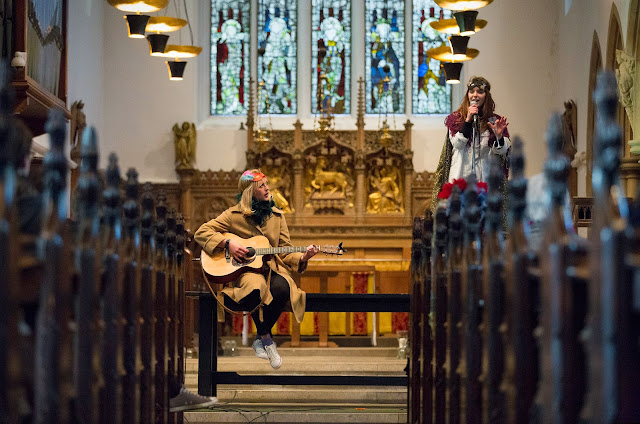 At the very beginning of our Romeo & Juliet York run we got a glorious review from a sixth former, a girl from a local school called Hannah.

At the end of our run, Holly got this email from an American tourist called Chris.

I don't have a Facebook account or anything but I wanted to tell you and the cast of Romeo and Juliet how much I enjoyed your performance yesterday.  Your email was the first I found after googling the cast (after misidentifying another Emma).  Please convey my appreciation to the cast.

I'm an American tourist and just wandered in on a whim on my last night in York.  Your show was probably the most personally involving theatrical performance I've ever attended.  The chase around the pews to the first kiss (directly in front of me!), your verbal sparring with Romeo and Benvolio, Juliet's utter heartbreak and collapse, watching her and Romeo too die among us...  Well I could list nearly every event in the play, really.  The ending, too, with no curtain calls, just two corpses completely redeems the play from cliche and the smug expectations of Shakespeare-savvy audience (me among them).

The way my stale high school teachers taught Romeo and Juliet was as a cautionary tale, of what happens when young people fall in love (or feel any passion): badness and doom.  What a stupid thing to teach children, to suppress the most powerful aspect of youth.  Their approach completely ignores the character's genuine, honest feelings, which you all brought out again vividly, unapologetically.  And their approach precludes the audience from feeling any sympathy with the characters.  After all they deserved it by being so dumb, right?  I haven't seen Romeo and Juliet interpreted with such humanity.

I'm so disappointed that the show doesn't start up again until June in London (where I am now) or I would have seen it again.

Well that's enough rambling.  Again, a truly meaningful event for me, the highlight of my vacation in the UK, and a memory I'll hold on to for a long time.

Thanks Chris & Hannah, you've made us all feel very proud.
Posted by The Flanagan Collective at 09:46 No comments:

We'll Show You Ours - Cash & Company 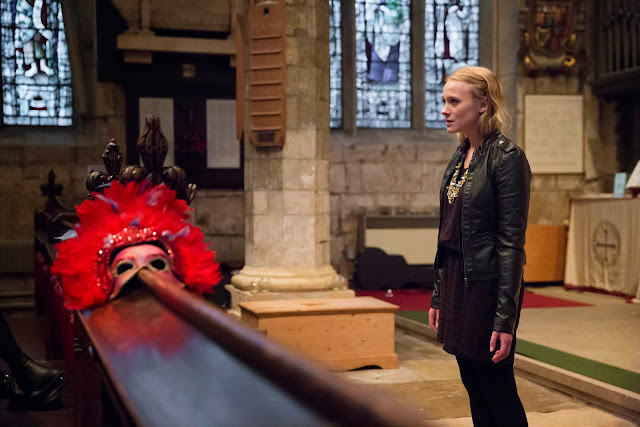 On Thursday we opened Romeo & Juliet in St Olave's Church with York Theatre Royal, as part of the York International Shakespeare Festival. Tonight is press night, so I'm deliberately posting this before any reviews of our show come out. We transfer to London in a few weeks.

It's an all female cast. We wanted to make an all female show because we should be trying harder to redress the gender imbalance on our nations stages - especially in Shakespeare. And because, in an interview, we were asked -

'So how does it work, with the big fights and then the tender moments - how does that work when it's all women?'

- so making an all female show is important. 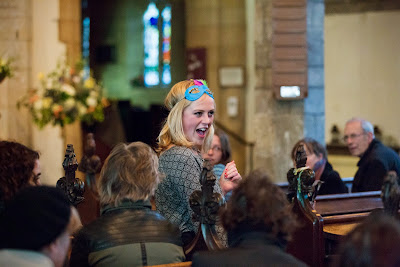 But what's more important is this review from a sixth former called Hannah who came to see the show on opening night. For a 17/18 year old girl to watch a production and not even mention the all female story. That's why were making an all female Shakespeare.

We try to be very open and honest about how we make work. For us, this is a big show. A cast of 6 and a stage manager. 7 people on a weekly payroll. We applied to the Arts Council twice to help support the production, but we were unsuccessful. That's okay, it happens. But our options were lay off 7 artists to whom we'd promised 9 weeks work, or for us to work harder to sell more tickets.

Our Arts Council bid would have helped us do some nice stuff - offer some paid placements which we had promised to do after last summer, offer healthier up front fees for other creatives, rather than relying on royalties, for me and Brian to get paid for the work we've done - and to plug a gap and help cashflow the weekly costs of the production. I was talking to someone about this and they asked why we don't set up a crowd funding campaign. We kind of have an in built crowd funding campaign just through Box Office.

So we want to ask for your help. We'd like you to buy a ticket to the show. If enough people do that, then we're fine (ish). Because employing and paying artists is important - something we should work damn hard to do properly. On this occasion, the arts council haven't supported us, so we need to ask you to. 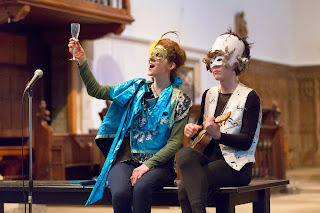 So rounded up a little, we're looking at £40,000. That's what it costs to make a show which will hopefully mean that an all female Shakespeare is a little less unusual.


And that's how much it costs to employ and pay -

Brian and I shan't take a penny unless everything else is paid.

So before the papers come, now we're open, we wanted to ask for your help. If you're up for helping, then we damn hope you enjoy the show. If you enjoy the show, we hope you might send some other folks our way. If you have a mailing list to hand, can we use it? If you meet with a group of people who like theatre / music / Shakespeare / a good night out - do you want to come on a trip? We can do workshops, talks, anything else thrown in if you're a school and would like to get a bit more for your dollar. We're always up for a chat.

For our York run, head here

For our London run head here


Posted by The Flanagan Collective at 02:55 No comments:

Proud-Making - A review of R&J 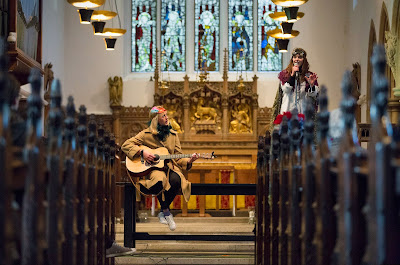 On Thursday 7th May, the first night of our Romeo & Juliet, some ambassadors from a local school came - a group of 16-18 year olds. Hannah, one of those ambassadors, wrote this review.

I can't tell you how happy it makes us to read it.

It's press night tomorrow (Tuesday), so more formal reviews will follow. But, in all honesty, if a young person early in their theatre-going-life thinks this then I don't really mind what the formal press think.

Thanks Hannah - we're damn pleased you like our show. 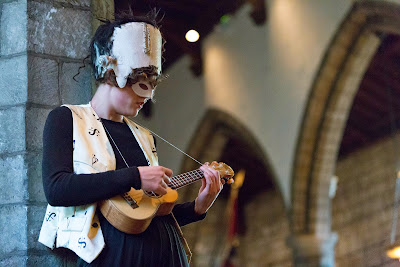 The Flanagan Collective – Romeo and Juliet

Utterly captivating: two words to sum up the kaleidoscope of emotions the Flanagan collective and their team have encapsulated in a simple two hours.

Where theatre is at its best is amongst the pillars and pews of St Olave’s church that the group have made their own, as they sing dance and move in a way that enhances an age old story to reveal new depths. In their adaptation of the classic tale of Romeo and Juliet, they have encompassed qualities that are the foundations for the future of British theatre. They haven’t stumbled, like many, on the temptation to catapult Shakespeare into heights where it simply doesn’t belong, yet seem to have deciphered the core of the well-known verse and offered simply this, through creativity.

To reveal too much detail would be to disrupt the wonderful spontaneity of the piece, a quality that simply makes you feel as though you were meant to be a part of the evening’s events; that you belong in the tale. Their engagement with the audience is spectacular in its ability to make you sit forward in your pew and grip onto the end of tragedy to which we all know the end, as if hearing it with fresh ears. Not only is this credit to the impressive creative overview of the piece, but the outstanding quality of the cast, who behave as though they have been with each other for years. In them we see a shared passion that clearly translates into their roles; a burning desire to tell a story which, in the way they deliver their words, hold much more than simply fable and rhyme.

This is an absolute gem in British theatre, a must see if only, 5 years down the line, to say you saw it here first. With its energy, passion and drive, this is what Shakespeare was meant to be performed like, even if he didn’t know it. Beg, borrow and steal you way into the audience for this spectacle…you’ll be glad you did.

http://www.yorktheatreroyal.co.uk/event/Romeo_And_Juliet.php#.VVCpLfnF_To
Posted by The Flanagan Collective at 06:06 3 comments: